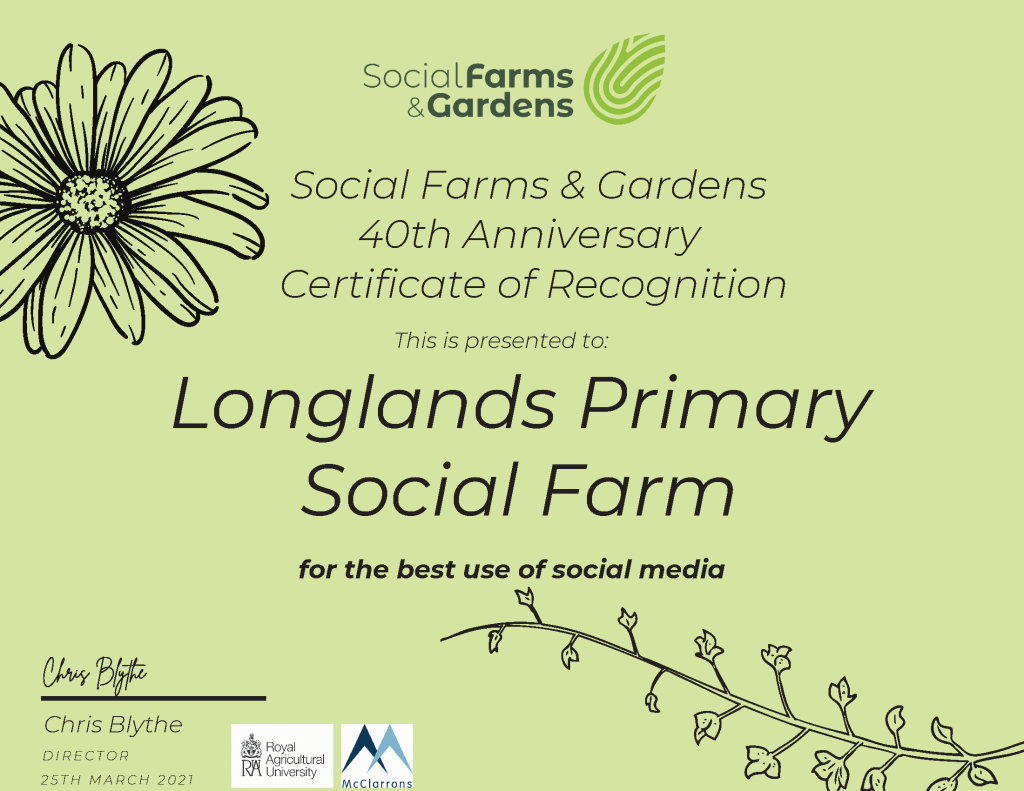 On Thursday 25th March, Longlands Primary School’s Social Farm was awarded the accolade of the ‘Best use of Social Media’, in a virtual awards ceremony held by the UK wide charity Social Farms & Gardens.

The ceremony saw gardeners, farmers and community champions tuned in from all over the country to hear some incredible stories about how green spaces are being used to farm, garden and grow together. The awards had originally been planned to mark Social Farms & Gardens 40th birthday in 2020 but were postponed due to the pandemic. Winners were selected from hundreds of nominations received for seven separate categories.

Attendees had the opportunity to listen to keynote speaker, Pam Warhurst CBE co-founder of Incredible Edible, who challenged and inspired them to drive change from the grassroots. Despite the virtual nature of the ceremony, there was a real sense of community and fun throughout with presenters “revealing” winner names from gold envelopes and winners sharing their stories.

The judges loved how students were encouraged to “takeover” social media channels and how Longlands Primary School networked across platforms with other organisations. Judges said “Longlands also used social media as a tool for upskilling their community. Effort is being repaid in the number of “retweets” and “shares” their channels enjoy.”

George Hounsell, from Longlands Primary School commented; “We are really proud to have received the award for our Twitter page @LonglandsEco. Since its creation, our Social Farm and School Allotment has gone from strength to strength and is now home to a whole host of animals from rabbits to guinea pigs and chickens to just name a few, and soon we look forward to welcoming 2 billy goats! The children really enjoy gaining practical skills and knowledge of animal care and learning how to grow their own produce. Thank you to Social Farms & Gardens who nominated us and for the continued support with the project from local organisations and the community.”

Chris Blythe, Director of Social Farms & Gardens says; “How our members have supported their communities through the pandemic – nurturing safe outdoor spaces for our well-being, staying connected with vulnerable people, as well as growing and distributing freshly grown produce to families in need – has revealed the value of spaces that connect people and nature. SF&G’s postponed 40th Anniversary Awards Ceremony was an excellent opportunity to recognise just some of the achievements and efforts of these groups over the past four decades.”

The awards were sponsored by McClarrons, an independent insurance brokers specialising in the Care & Social Welfare and Farming sectors, with the Royal Agricultural University also sponsoring two awards. 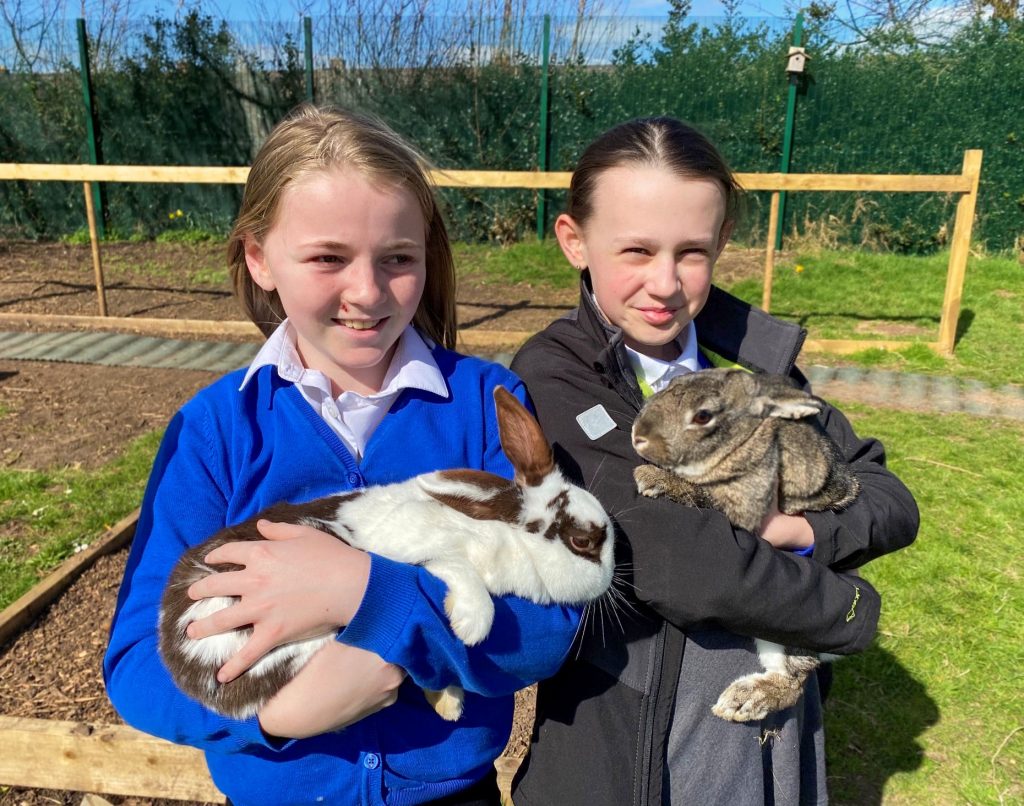 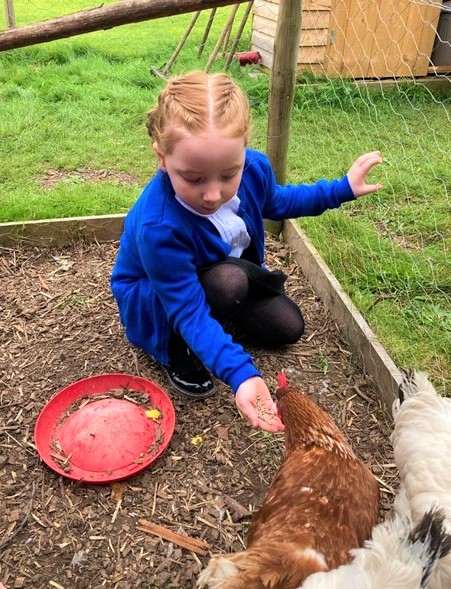 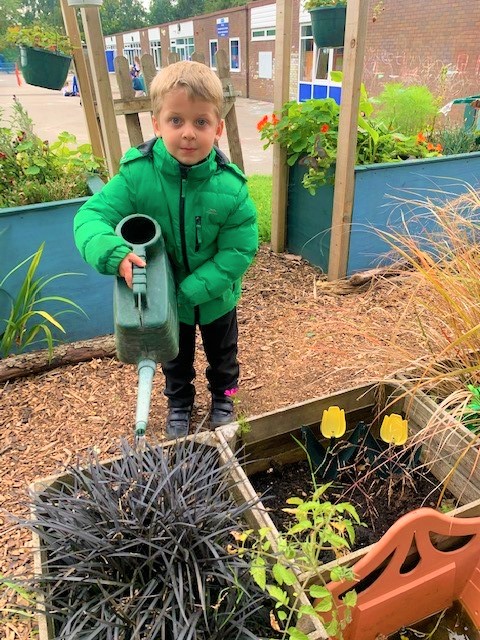 Posted by marchesadmin on 1st April 2021, under Uncategorised